Delusional Liberals Have A Website That Pretends Hillary Is President

So, I’m sitting at my desk, avoiding a looming pile of paperwork in need of my attention, scrolling through my Facebook newsfeed, judging all the people I went to high school with on their mediocre lives and failed endeavors, when I come across this website someone shared. The site was called Hillary Beat Trump.org.

END_OF_DOCUMENT_TOKEN_TO_BE_REPLACED

The Liberal’s Guide To Losing An Election

Even before I was a Trump supporter I remember thinking to myself how amusing it would be to watch all of my liberal friends absolutely lose their delicate minds over a trump victory. Well, it’s been two weeks since we the people, myself included, voted Mr. Donald Trump into office and that’s exactly what’s happening.

END_OF_DOCUMENT_TOKEN_TO_BE_REPLACED

Clinton Couldn’t Disappear Without Faking One Last Encounter For Sympathy

This photo is floating around social media today and people keep sharing it as if it matters.  Now us critics of Hillary have kicked back, grabbed some popcorn and have been enjoying watching the complete meltdown of the left.  Meanwhile, the Clinton campaign is still attempting to make Hillary look human.  Remember on 9/11 of this year, after she collapsed from pneumonia, when a 6 year old girl managed to bust through the secret service to hug the contagious woman?  Yeah that was staged… and here we go again, another pathetic hoax.  END_OF_DOCUMENT_TOKEN_TO_BE_REPLACED

Well, the election is over and no glass ceilings have been broken, which is good because typically when glass ceilings break, shards of broken glass rain down on the people standing beneath it. Forget Donald trumps policies and his character for a minute; just my Facebook feed full of crying liberals this morning has made standing in line at the polls worth it.

END_OF_DOCUMENT_TOKEN_TO_BE_REPLACED 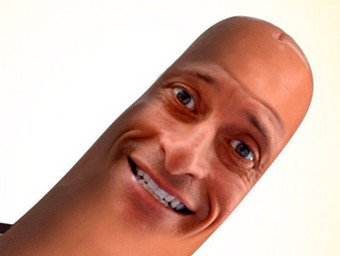 Top Hillary Clinton operative Huma Abedin could be in a whole heap of trouble with all the new evidence that has surfaced. During the original investigation, Abedin was required under federal subpoena to relinquish all devices used by the state department to send emails. She claimed to have done so, but another device was subsequently found during the investigation of her estranged husband, Congressman Anthony Weiner and his underage sexting scandal. END_OF_DOCUMENT_TOKEN_TO_BE_REPLACED

In the second video of James O’Keefe’s new explosive series on the DNC and Hillary Clinton campaign, Democratic party operatives tell us how to successfully commit voter fraud on a massive scale. Scott Foval, who has since been fired, admits that the Democrats have been rigging elections for fifty years.

END_OF_DOCUMENT_TOKEN_TO_BE_REPLACED

On Friday night, Wikileaks editor in chief, Julian Assange released part of his ‘October Surprise’ which, much to the chagrin of Hillary supporters, included emails between the candidate and her campaign chairman, John Podesta. The leaked emails included transcripts from the Wall Street speeches where Hillary quoted, “you need to have a private and public position on policy”, suggesting that what she says to the public and her low information voters is not what she actually plans to do.

END_OF_DOCUMENT_TOKEN_TO_BE_REPLACED

Hillary won’t be happy about this…  A new leaked audio file exposes Hillary as she trashes all over the validity of Bernie’s “Revolution,” and refers to his supporters as uninformed basement dwellers.  Not the best way to lock in those disenfranchised Sanders supporters. END_OF_DOCUMENT_TOKEN_TO_BE_REPLACED

At some point, the media needs to embrace the ‘conspiracy theory’ that this woman is not in good health.  Left-wing media will tell you that you are a bigoted, racist, sexist homophobic, member of a tinfoil hat wearing KKK, redneck if you dare question the health of her royal thigh-ness, but at what point is it reasonable to question if this pantsuit wearing woman is healthy enough to handle one of the most stressful jobs in the world?   END_OF_DOCUMENT_TOKEN_TO_BE_REPLACED