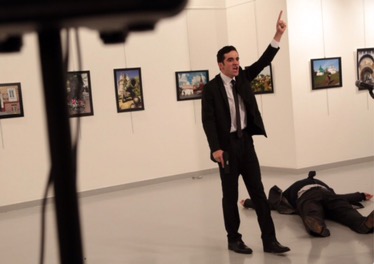 The Russian ambassador to Turkey was shot to death earlier today in Ankara. This is bad for Turkey, given Vladimir Putin’s temperament. This is how world wars start. Russia backing Assad in his Civil war in Syria, add in Iran with their broken promises to Obama with his lame ass nuke deal and sprinkle in the assasination of a Russian Ambassador- boom World War III

Here’s the translation of what the assasin was saying: 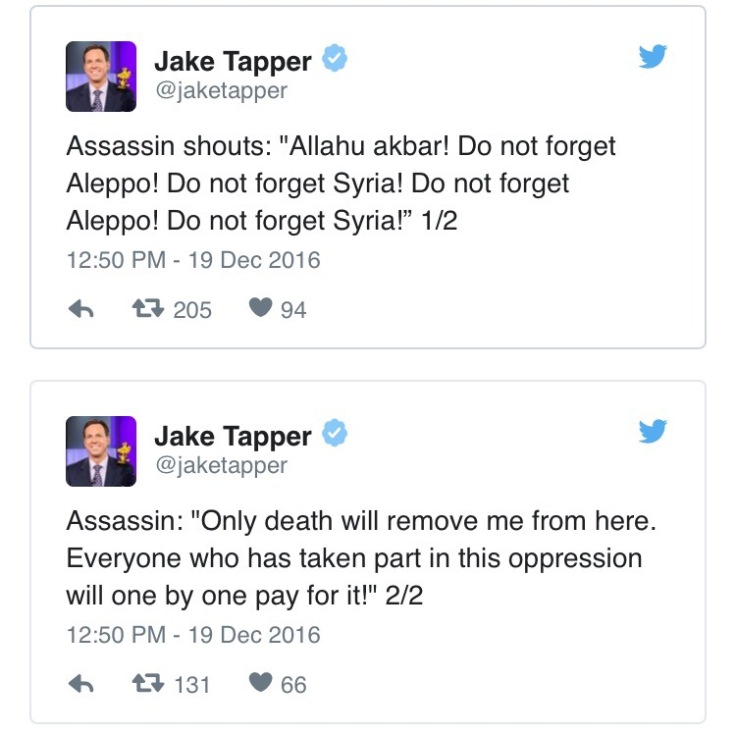 One thought on “::Graphic:: Russian Ambassador Shot To Death (video)”