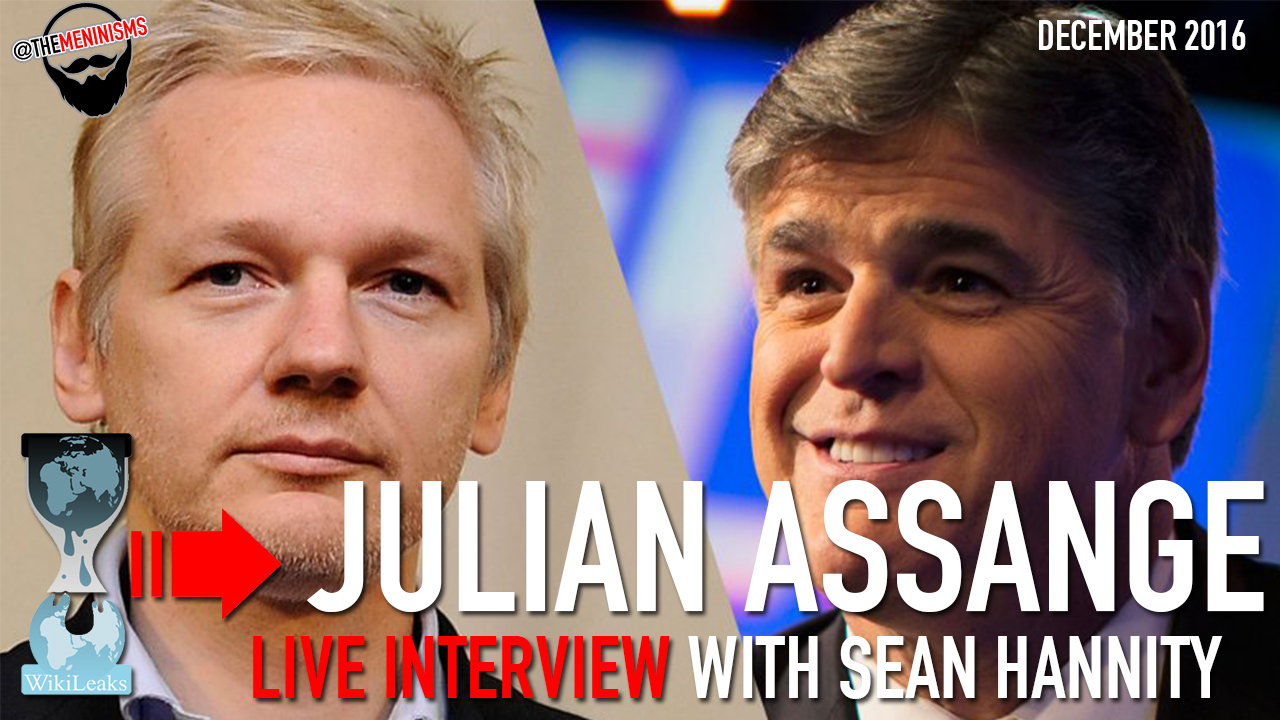 Rest easy, friends.  Not only is our savior, Julain Assange alive and well… but he confirms what we have all suspected: Russia had nothing to do with the hacking of the DNC or John Podesta.  The left has been trying to do anything they can to discredit Donald Trumps win on November 8th.  First it was the anti-Trump riots, then it was the failed recounts, then the failed “fake news” narrative, now this.  The anti-war left seems to be pretty up in arms that the right doesn’t want to dive into a war with one of the strongest nuclear super powers in the world…  why?  Because they’re still butt-hurt about the election.  Julain Assange joined Sean Hannity over the phone to talk about WikiLeaks and the Russians.  FULL AUDIO